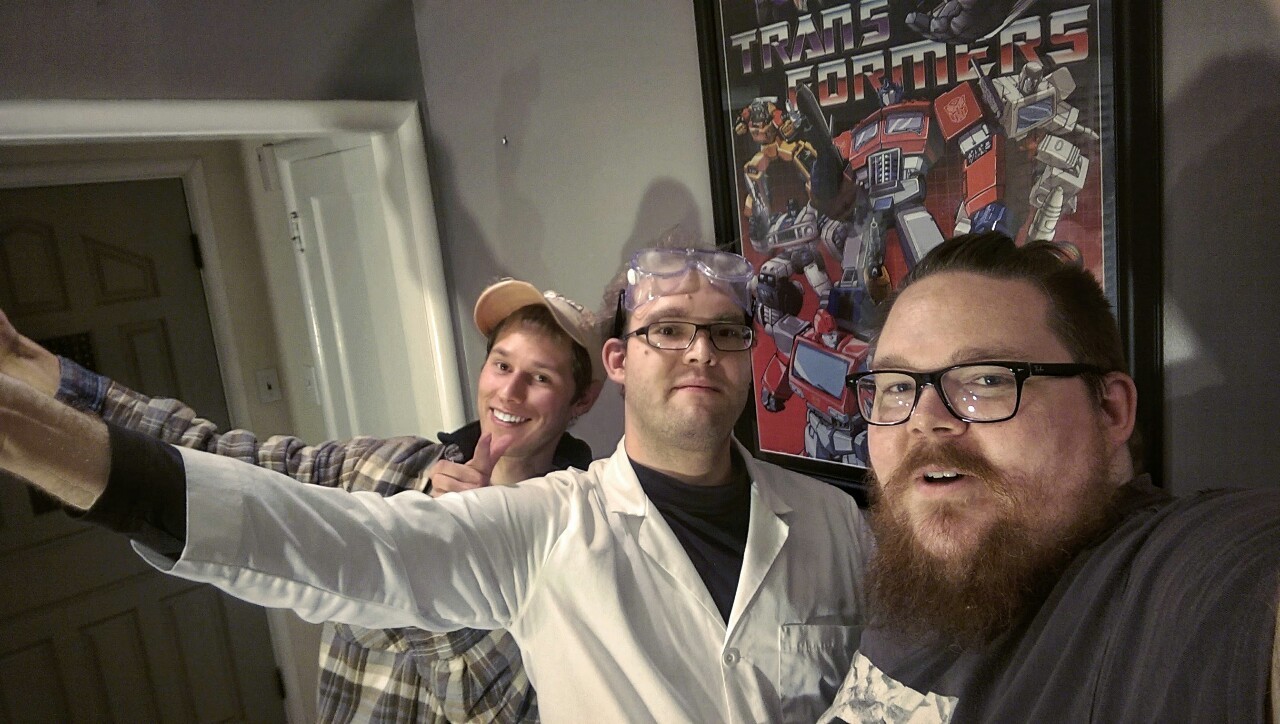 angulargeometry‘s show opening at UMOCA was fantastic, and the after-party was a blast! Seriously, you guys should have been there. We tried a triple-simultaneous-selife just for fun, and obviologist’s composition was far better than that of the one I took. The GIFs angulargeometry created for the show are some of my all time favorite GIFs, and I can’t wait for him to be able to share those with the rest of you on Tumblr when his month at the museum ends. Speaking of which, if you live within reasonable driving range of UMOCA, you should make your way down there and see them in person before time is up!

I should also mention, the 4th month of the 'GIF Shop’ exhibition will be the work of my very good friend Trent Call ( swinj on Tumblr ) - so be sure to show up for his opening night in December! There’s also a small chance that thedailytask (the team members at DOZE STUDIO) may be at UMOCA for their opening night in the of the 5th month of the project, but that will depend highly on whether we can find ways to pay for the cost of tickets from France to SLC. I’ll do what I can to try and make sure that happens.

Space Bugs have invaded this page! Will you defend this Sector?